By fearzero Guitar Lessons Apr 20, 2019 Comments Off on 5 Guitarists That Changed Rock Music

Today I have some great music for you and some comments on these guitarists!

Chuck is thought of by many influential classic rock musicians as the father of rock and roll music.

He turned the guitar into the defacto instrument of rock and roll with his classic licks on Roll Over Beethoven and Johnny B Goode among others.

Berry has made such an imprint on western music that NASA even sent his music into space on the Voyager mission!

Chuck Berry was a performer and had his own stage move called the “duckwalk.”

He also brought adult lyrics to a song form that was pretty much bubble gum pop at the time.

Here is the intro to Johnny B. Goode (full video lesson at the bottom of the page). 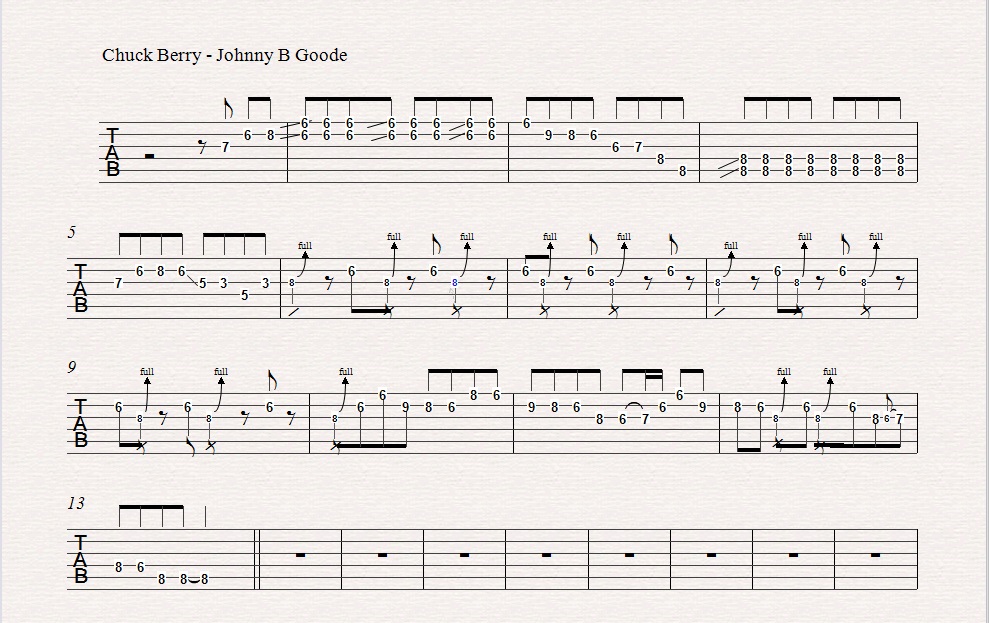 Jimi Hendrix started dropping jaws the moment he appeared onstage in Britain in the last 60s.  He brought image and flash to rock and roll, playing his guitar with his teeth and behind his head. He one upped The Who with his infamous lighting of the guitar at a music festival onstage and subsequently smashing it.

Yes, he was the “wild man of Borneo” in some circles but he was far deeper than that.

Hendrix was a super innovative songwriter, very prolific (think about it, 3 classic albums in 3 years, WOW), and he used unorthodox voicings not before seen in rock and roll.  Many of his solos contained speed and style along with effects so very new they were literally being invented as he showcased them. Think univibe, delay, wah, octave, feedback etc.

He turned the guitar into a fluid, electronic noice making device and he was one of a handful of artists that could cover a song and make it better than the original.

Here is a solo excerpt from Jimi’s version of “All Along The Watchtower,” a Bob Dylan classic.

Eddie did not invent finger tapping but he did indeed popularize it to the point where every kid in every music store around the world was tapping by the mid 1980s.

He utilized a thrown together, parts guitar with his own very identifiable and original paint job and more importantly, he was the first to ever put a humbucker into a strat style guitar which opened up a gigantic universe of different sound options never heard before.

His solos ‘Eruption’ and ‘Spanish Fly’ were the high watermark for rock guitar technique back when they were released in the late 70s.

Ed is also a multi instrumentalist.  He is an award winning pianist (as a pre teen) that created many of the classic Van Halen songs on piano, and apparently he can play drums very well too as well as playing bass on many Van Halen songs.

He was as prolific as they come, and for a while he was pushing the boundaries of what rock guitar could offer with each subsequent album his band released.

Here is a portion of ‘Eruption.’ 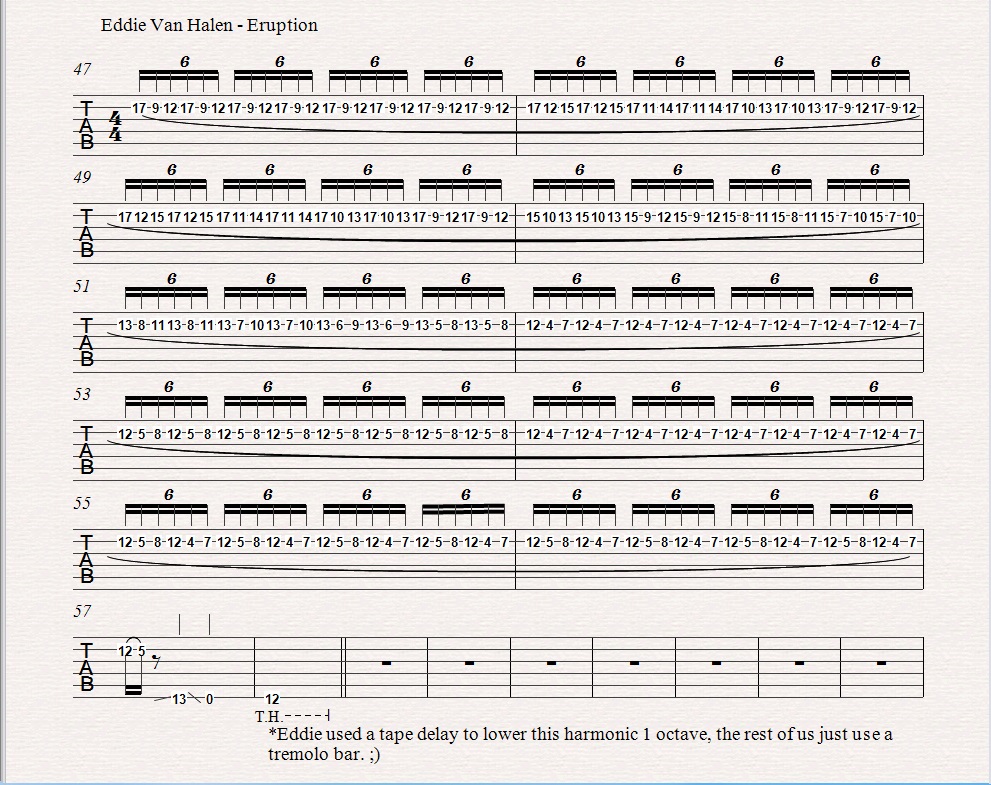 Malmsteen came along in 1984 with an album called Rising Force and blew the guitar community away with his extremely original and fierce technique.

He popularized the use of Harmonic Minor scales and their modes and diminished arpeggio and he had an extremely refined techniqe which was the peak of rock guitar technique at the time.

Yngwie spawned the neoclassical school of rock guitar and dozens of guitarists followed in his wake, some very good ones such as Vinnie Moore and Tony Macalpine, but he was the originator of that baroque, violinistic sound in rock music.

Here is a bit of “Far Beyond The Sun.”

When I heard “Smells Like Teen Spirit” on the radio in 1991, I knew that music was about to take a hard left turn and that guitar technique music and flash and pomp was on its way out.

His solos were mainly noise and melody based, but it brought the era of speed guitar’s popularity to an end making that form of music a non starter.

Here is the intro to Smells Like Teen Spirit.

Thanks for reading and check out the video for this lesson below.  Cheers.