This week I want to tackle a bit of rhythm guitar in a reggae style. We will be using 3 string triads (3 note chords) on the DGB and GBE string groups. These chords should be memorized in several keys up and down the neck, take note where the roots are. There are inversions included in these chords.

Inversion – when a note other than the root (name) of the chords is in the lowest voice of the chord.

With these inversions, we multiply the number of chords we have at our disposal. If a musician only uses root voicings they will be severely limited with what they can do when playing chordal music. Memorize these and you are on your way to fretboard chord freedom!

In the diagram I have broken the chords up into root, 1st inversion (3rd of chord is in the bass) and 2nd inversion (5th of chord in bass). To explain, a Cmajor chord contains 3 notes, C E G. In root position C is always in the bass. The chord could look like this: C E G, or C G E, it matters not what order the other notes are in, only that C is in the bass. Same for inversions. In a first inversion C major chord you could have E G C or E C G. It is the note that is in the lowest voice that matters.

Below are the chord diagrams. The red marker is the root of the chord. Memorize these chords and where the roots are located. 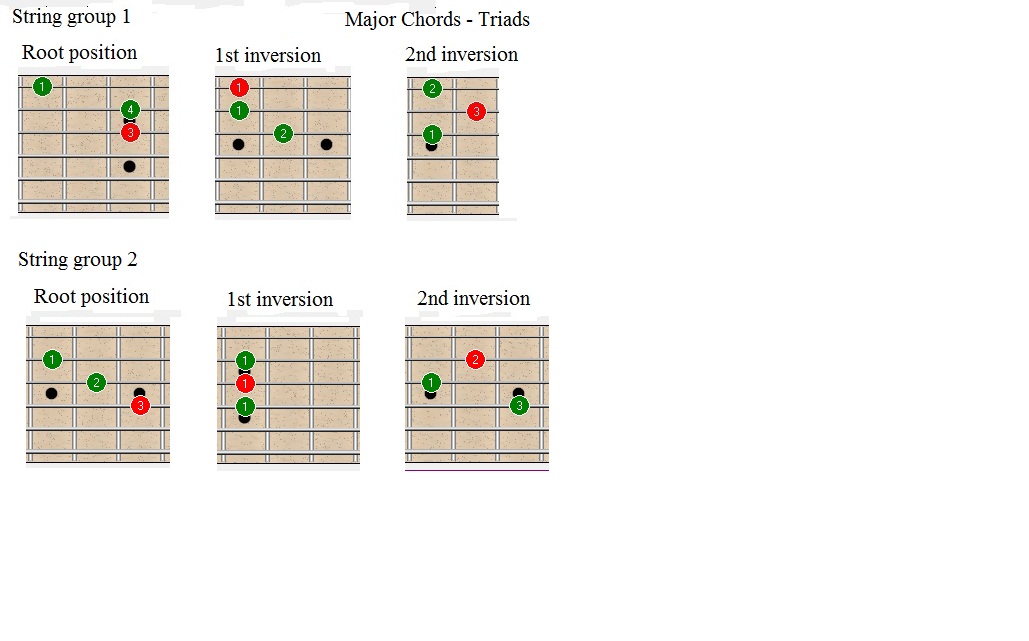 When I say 3 note chord I am referring to the actual lettered names. I know you can strum an E major chord and you hit 6 strings meaning 6 notes but no, you are actually only playing 3 notes as the other 3 are doubles of one or more of the other notes in the triad. Make sense? E major chord in open position on guitar is E B E G# B E. See, only 3 notes.

Below is the stop time notation. If you forget how stop time rhythms work, go back and look at my previous lessons as I did a whole lesson on that. 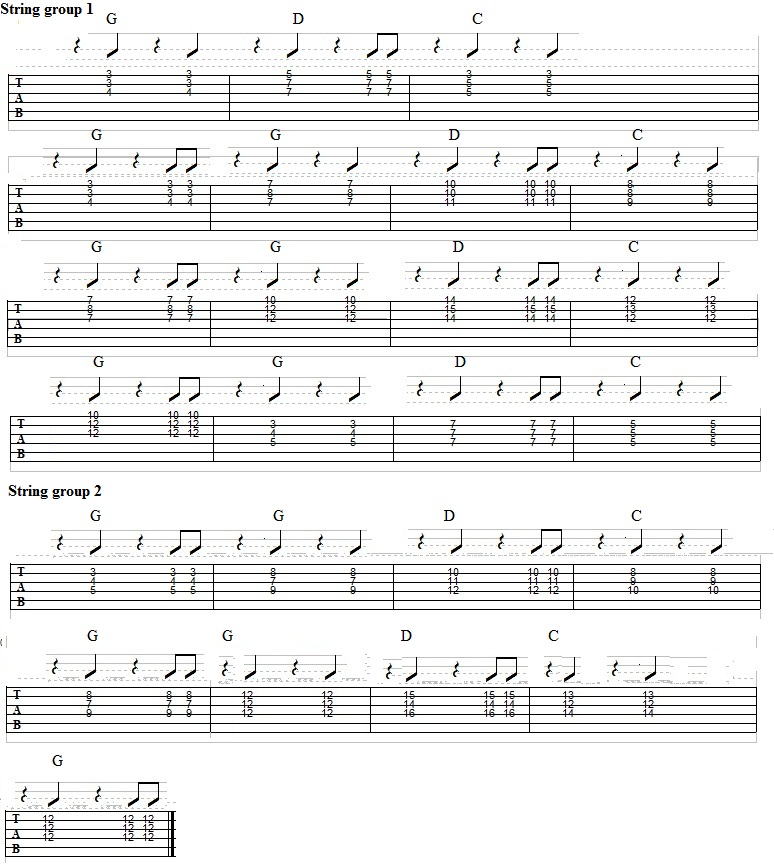 It is very important that you use alternate strumming meaning down on the down beats and up on the &s. example: down on 1, up on &, down on 2, up on & etc. Reggae is different from most music because generally beat 1 is left dormant giving its distinctive 2 and 4 sound. Notice neither bass or guitar play on beat one.

Anyway, gotta run but happy reggaeing until next week!