Hi everyone, this week we are looking at David Gilmour’s Guitar Style in depth in this 2 part video series.

David Gilmour has taken listeners on his melodic, bluesy journey with his band Pink Floyd for over 45 years.  In that time he has created a catalog of solos so memorable that once you hear his solos once you cannot stop but having them pop into your head at random times.  I  listened to the bulk of his output and have chosen the licks/techniques/effects that best represent what makes David Gilmour sound like nobody else in trying to help readers understand how styles can be defined from a harmonic and technique perspective.  I broke this down into 8 categories.  In this lesson we go over the first 3.  Video is below written explanations.

David Gilmour plays a Fender Stratocaster with a floating tremolo bar through HiWatt amps to attain his signature lead tone.  If you have an amp with a preamp, crank it up to get it singing.   If you only have a master volume amp an attenuator would be ideal if it is over 15 watts.  I am just using a Marshall MV with attenuator and a Tubedriver pedal which David was known to dabble with at certain points in his career.

For his clean tone, David Gilmour dials back volume and flips his pickup selector to an out of phase position (position 2 or 4 on a Stratocaster 5 way pickup switch).  To mimic his clean tone I just plugged into a Fender Twin with a compressor.

For Another Brick In The Wall pt.1 Gilmour is using 3 effects; compressor, flanger, and delay. I go through how to set up that sound in the video so watch closely.  Gilmour uses this type of delay setting on several songs in the Pink Floyd catalog, most famously in “Run Like Hell.”

Here is the tab for Another Brick In The Wall pt. 1

David Gilmour is a big proponent of the minor and major pentatonic scales.  These are 5 note scales, pretty much the simplest scale a guitarist could use.  He rarely augments this scale with a blues note and sometimes the 2nd and 6th from Dorian mode.   I recommend learning all scales he uses in 5 positions on the neck and then practicing traversing between them and building up to 3 octave scales like Gilmour does. 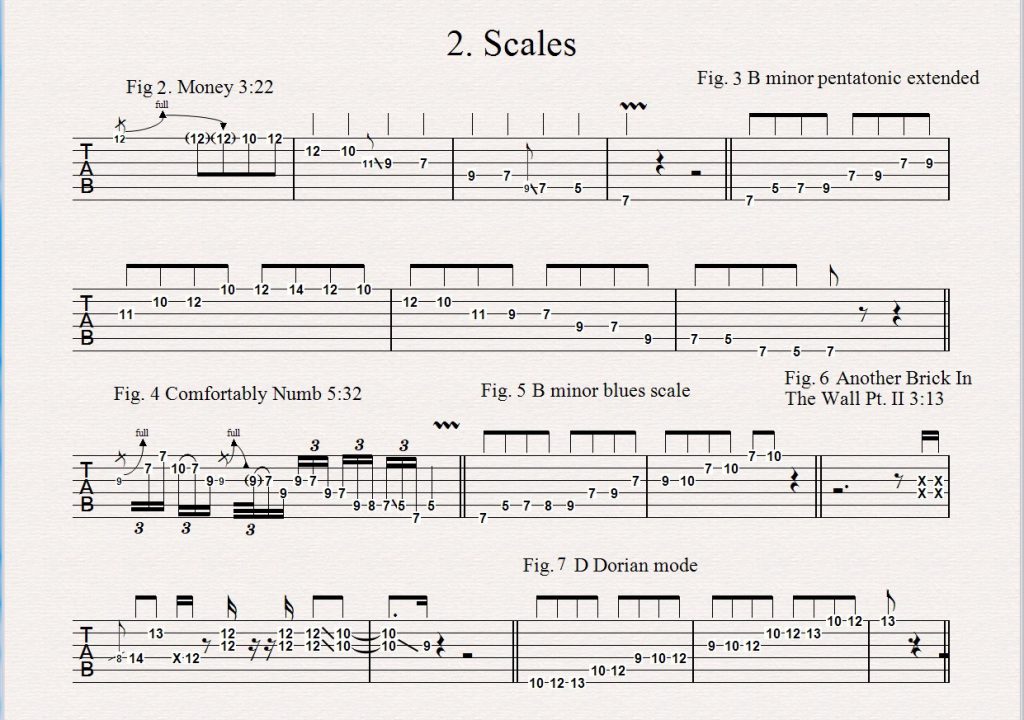 David Gilmour’s use of chords is very sparse in manner.  He loves to use triad chords on the treble strings.  A great exercise to get good at seeing these voicings is to harmonize a scale like I did in root, 1st inversion and 2nd inversion in the examples on all 3 string groups.

Check back for part 2 of the lesson! 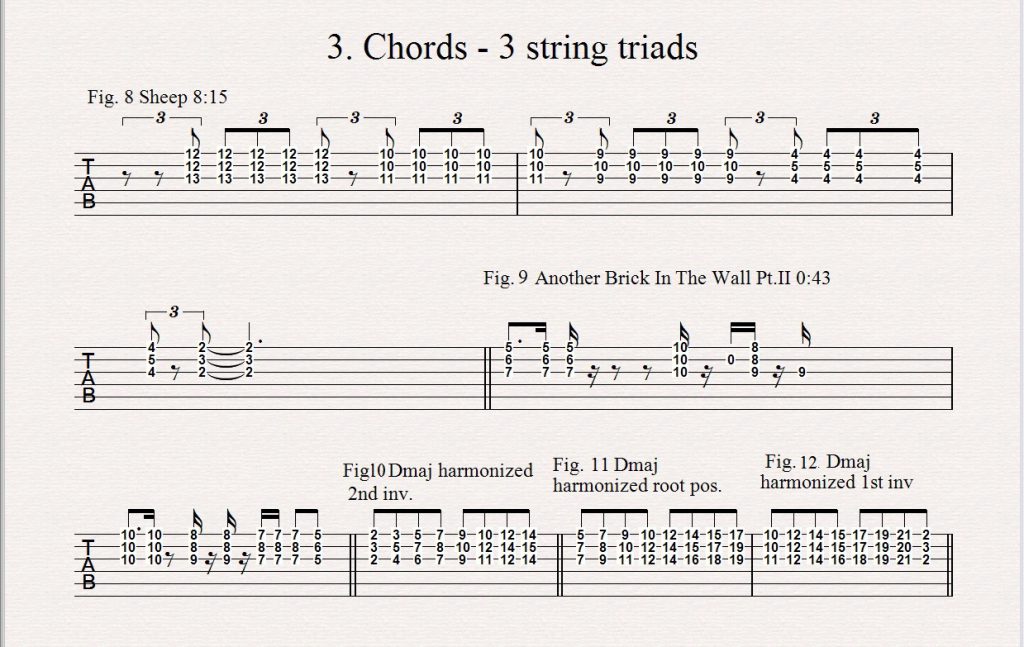